Last Saturday I ran a PB around the 5k course at Holyrood Park in the Great Winter Run (part of the Great Run series) so I was excited to tell you all about it! I’ve now exhausted Instagram spamming so I have had to resort to another outlet to relay (see what I did there) my excitement!!

With the elite XC race being shown on the BBC following the 5k which was open to the public, I expected great things from this race and it didn’t disappoint.

The Great Run website is so easy to navigate and has a lot of information on their races, as well as training plans, not to mention the all important results and photo sections! I signed up pretty early on and recieved my race pack in the post a few months prior to the event – it’s ok, I’m a really organised person and have a ‘safe place’ to keep these until race day!

Included on the bib number were some tear-off vouchers for retailers, including Run4It, which I thought was a nice touch.

Now for race day itself…

I woke up and actually didn’t really want to run this race. I was nervous and still not back to full fitness. I had only just been scraping sub-30 minute runs in training throughout the week due to the lurgy I was recovering from so I wasn’t best pleased at the thought of ‘just finishing’ the course, rather than racing it.

I got there just before the assembly area on the start line opened and obviously then my body decides I need a nervous wee (sorry tmi)! My only little moan about the organisation of the race was that there wasn’t enough toilets! The queue was massive and I was really stressing about missing the start of the race…

When it was time to take to the start line, I got a little burst of energy and I was really enjoying the atmosphere! I could sense that those around me were hungry for a new PB or a good position within the race and this got me fired up a little. Seeing the club and fast paced runners just in front of me also gave me some motivation – as I’m not far off running within those times. Hopefully one day I’ll be wearing a stripey bib number!

We set off and the pace was around a 7.30 minute mile. This was faster than I was used to running and as we were about to hit a hill, I was pretty cautious about not getting swept along with the crowds and burning myself out too quickly, but as we made our way up the hill on Arthurs Seat (an elevation gain of approximately 366ft according to my Garmin) the pace slowed naturally. My legs and my lungs were so glad of this! My main goal on the hill was to just keep moving and not stop to walk no matter how slow this meant I was ‘running’.

At the top of the hill (after about 1.5km) the course flattens out and I tried to speed up but my legs were full of lactic acid and were not obeying orders! I kept going as fast as I could willing my legs to ease off. Eventually, around the 2.5km mark they did and I was able to speed up over the flat.

Luckily, I knew the route well and this meant I could afford to push my pace as I knew the downhill section was coming up. This is where everyone basically flies downhill for about 1km until the last 600m flattens out before the finish line. 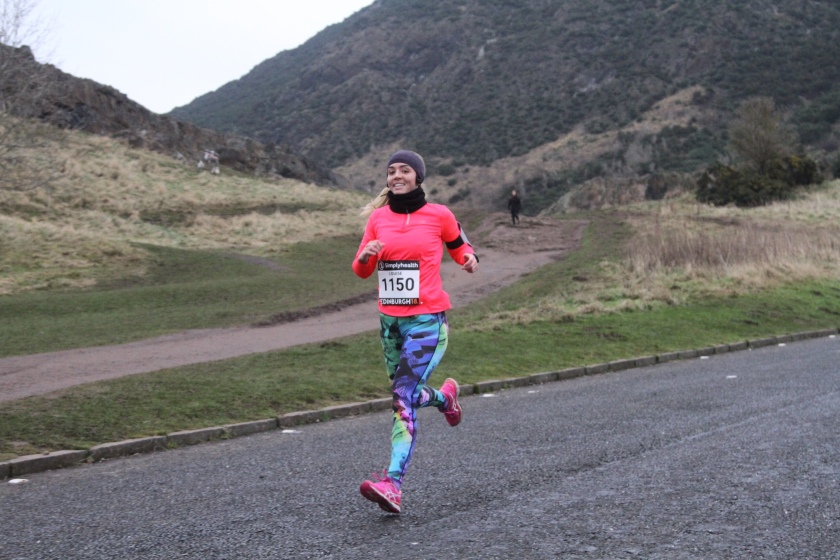 I was seriously struggling by the 3km mark. I had a stitch, my lungs were heaving to get enough air but I wasn’t willing to ease off the gas! The hill offered some respite but not enough and when I reached the flat at the bottom I thought my legs were going to give up and I was going to lose pace altogether. I did slow somewhat and was worried I’d given it everything and didn’t have anything left for the last push to the finish line. It was only when I saw the crowds and timer clock with ’22:something’ showing in the distance that I was like ‘come on you can do this, don’t slow down’ and I gave it everything I had.

I passed the finish line knowing my time was ’23:something’ but I had been too distracted with moving quicker that I hadn’t caught the time on the clock as I passed under it. I then proceeded to retch into my hands as I thought I was going to be sick!! But I’d done it… I chased my PB and I got it! Now I just need to perfect the finish line pose… 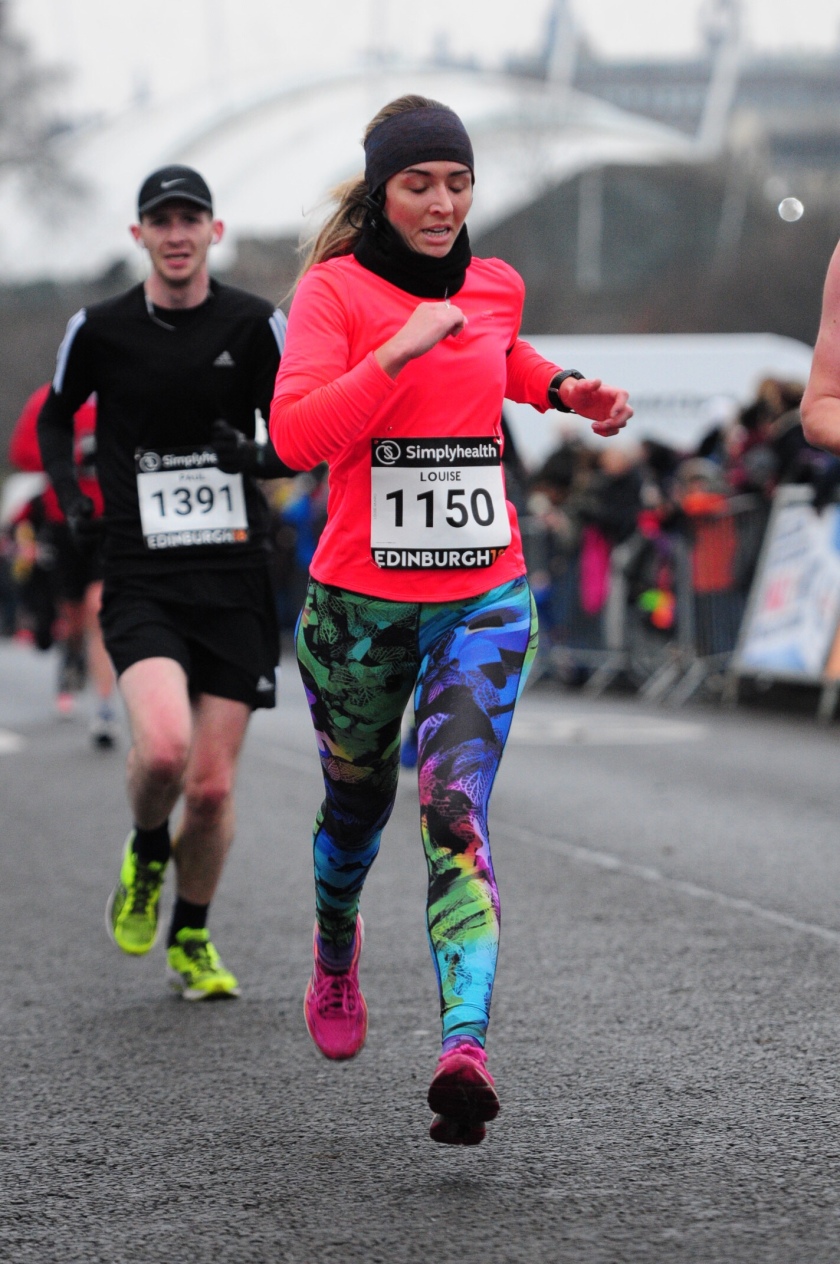 If you absolutely hate hills (more than you hate burpees) I wouldn’t recommend entering this race but if you’re up for a bit of a challenge and fancy seeing a bit more of Edinburgh, then it’s a no brainer!

Have any of you run any of the Great Run series before?