After a brutal week of being unwell, I now have week 2 of marathon training under my belt. The same belt I am now able to tighten by a few notches again after my Festive indulgence which is a result in itself! My body is feeling semi-normal. Emphasis on the semi.

I was looking forward to getting back to running after the awful flu-type bug I’d been struck down with last week. Even though I wasn’t feeling 100% and could have easily talked myself out of getting back to the pavements, I went after work and felt 10000x better for it. The 3 miles I had planned were in the bag.

This was a planned rest day… but my brain was like, ‘a rest day only one day after you’ve been back into your normal routine after a week off, say what?!’ so I convinced Brandon to join me for a run (there was no way I could have talked myself into it alone). We ran 2.35 miles and it was hard. I was tired, my legs felt heavy and I just wasn’t over my cold/flu thing. I should listen to the plan and rest more often!

I had a really bad day at work – nothing actually happened really but I just felt angry so I decided to run my 3 miles on my lunch break. Bad idea. The run went terribly. My legs felt heavier than they did on Tuesday and then my hair bobble fell out and I had to run a mile and a half with my hair (I have a lot of hair) flapping around all over the place. This then preceded to make me even more annoyed and I had an even worse afternoon (for no real reason) in work. A bath with epsom salts and a Lush bath-bomb in the evening seemed to help. Does this make me a basic bitch?

A very much needed rest day and it’s only week 2!! I used this time wisely and started watching Celebrity Big Brother from the beginning of the series. Please note the sarcasm! Now I’m hooked on another thing that’s going to distract me from actual life stuff.. I watched 7 episodes in a row and didn’t get to sleep until well after midnight!

The 6am alarm was not pretty given the new addiction to CBB which kept me up so late the night before. However, I was determined to head home straight after work so I sucked it up, got up and ran 4 miles before work. I didn’t even have time for a coffee first! It wasn’t the fastest run but it felt pretty good and I had gotten my mojo back. By mojo, I mean feeling superior to everyone else because I ‘got stuff done’ before 8am.

I was pretty nervous to be running in the Great Edinburgh Winter Run after my really slow week of running. I wasn’t back to feeling 100% and my feet felt like lead on the end of my legs. I wanted a PB so badly and it turns out I had nothing to worry about! The atmosphere on race day pulled me through and I ran my fastest time over 5k in 23:24. I was absolutely elated! It was the hardest I’d ever ran and I felt like my lungs were going to explode but I just kept telling myself to keep going! I’m really glad I wasn’t captured on the BBC retching at the finish line… 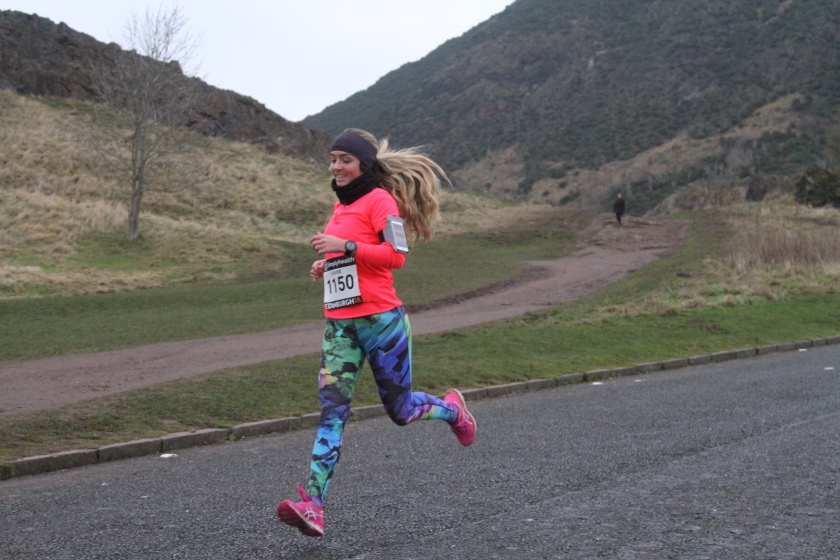 It was another rest day! I hadn’t woken up with sore legs from running in forever but my god they hurt! Maybe that’s what happens when you actually run fast? I wouldn’t know… Brandon and I went for a 3 mile walk along the North Queensferry Coastal Route and it was great to stretch off my legs and get some steps in! The view was gorgeous. We also had a well deserved Galaxy and Honeycomb McFlurry afterwards and some cake after dinner. I’m making the most of my new found ‘life is for living’ attitude! 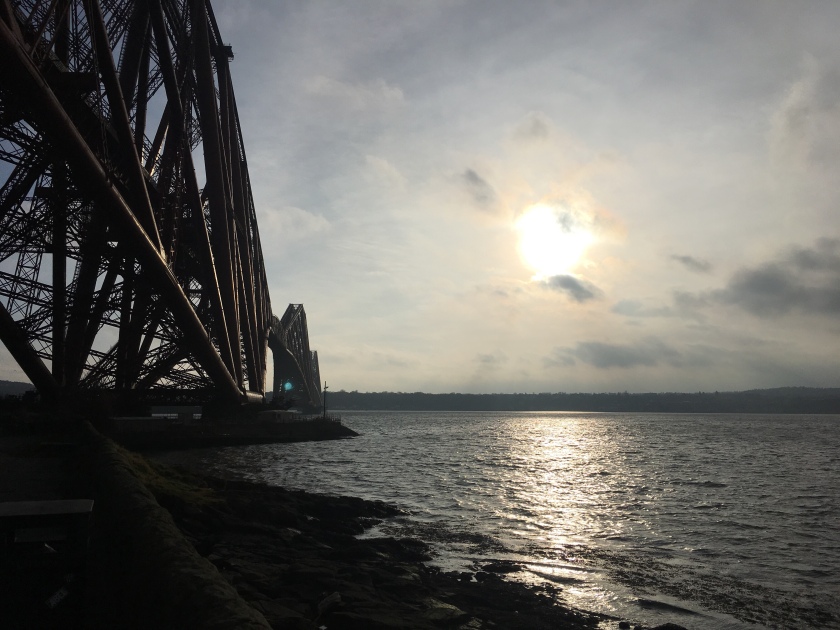 I’m delighted to be rounding off a pretty average (terrible) week of training. Despite getting my 13 miles done as planned, plus a couple extra, it just hasn’t felt like a great week. However, every mile counts and I’m going into next week on a high after my race on Saturday! 12 weeks to go!